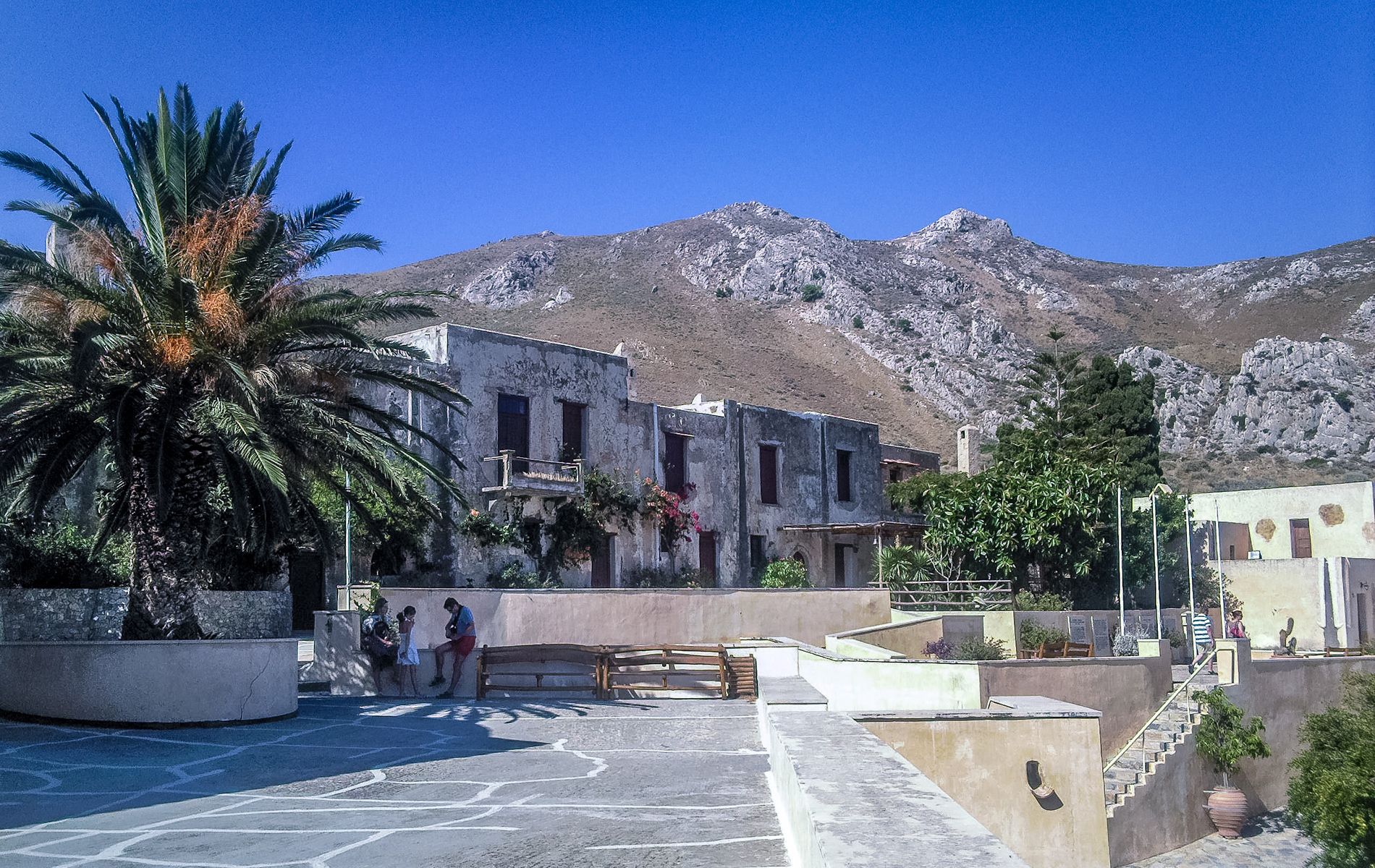 On Crete’s isolated south coast, built into a remote hillside overlooking the Libyan Sea, Preveli Monastery lies 36 kilometers south of Réthymnon and is only accessible via a winding road through the mountains. Dating from the 17th-century, the monastery features a church and a small museum displaying icons and ecclesiastical paraphernalia. Outside stands a Memorial for Peace and Resistance, erected in 2002. During the Battle of Crete, in 1941, the monks at Preveli gave supplies and shelter to the Allies. The monument is composed of a large headstone, with an unusual statue of a priest (holding a machine gun) and a soldier (one of the Allies) standing to each side. From here you have absolutely stunning views down onto the sea.